SANME exported a cone crusher whose capacity is about 1500 t/h to a mining group ranking at the third place on scale in the world.

On July 2nd，the contract signing ceremony between SANME and Glencore Xstrata who is a mining group ranking at the third place on scale was held successfully, which demonstrates that a cooperation between these 2 parties is concluded. SANME also become a supplier to Glencore Xstrata mining group.

According to a SANME technician, this short-head cone crusher with a capacity of about 1500 t/h is designed and manufactured in accordance with EU standard. It is also one of the most successful equipment produced by SANME. Crusher of this type performs the best compared with other cone crushers in the current market. And it can be widely applied in secondary crushing and tertiary crushing materials which are hard or ultrahard, such as ores, cements, fireproof materials, bauxite chamottes, silicon carbides and glass-making material.

Glencore Xstrata, a multinational company which ranks at the third place among the ore mining groups in the world, specilizes in processing and managing various natural resources. It is mainly engaged in mining, smelting, refining as well as processing and selling various metals, minerals, energy products and agricultural products. 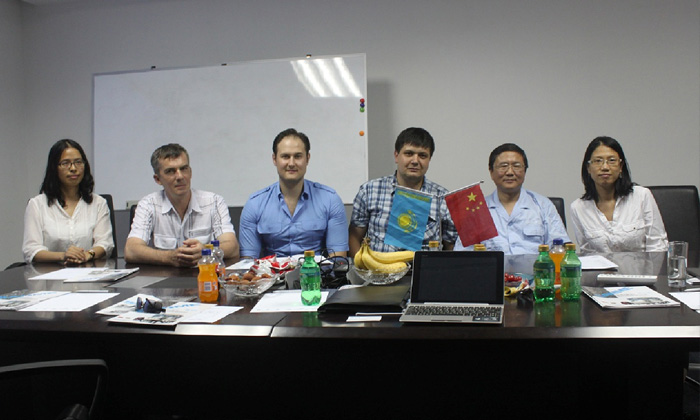 With the initiation of this project, other related projects started to progress and develop. This is not only a symbol that SANME has become one of the suppliers to top-level mining groups in the world, but also a milestone for SANME to march into the high-end market of crushers. Though the international economy is under gloomy circumstance, We still firmly believe that SANME will present us another legend of national brand with its vigorous vitality and increasing influence on the market.

Previous: A production line from SANME which is for recycling rubbles in earthquake striken area was checked and accepted.

Next: Welcome to Visit SANME at CPMM 2014